How to talk about failure without fucking up.

Here is what we have learned about the impact of failure

John C. Maxwell, a New York Times best-selling author and the writer of a book “Failing Forward: Turning Mistakes into Stepping Stones for Success”, claims that there is one big difference between average people and achieving people – their perception of, and response to, failure.

The only thing that makes me more afraid than dividing people in categories of average and achieving, is what kind of success we are enabling and awarding. Often by the way in which we define failure. 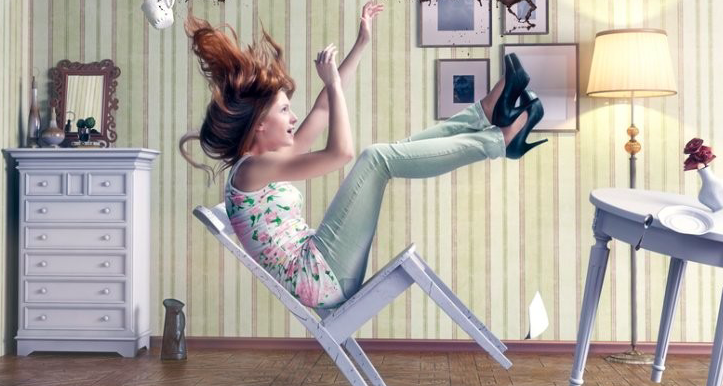 We live in the times when anyone can define their profession or position on Facebook and Linkedin as they see fit. When it is very hard to tell what an expert really is and what credentials are. We live in the post-truth era when the inflation of information has brought us to the point at which not the facts about what you do, but your ability and power to sell what you do is what counts. We also live in the times of start-ups quick successes that are broadcast all over the world and visible to all, at the times of defining success by Facebook likes and capital gained or raised. In such a fast, subjective, global and visible context, it is more important than ever to talk about success and failure, because the way we define success (and thus failure) will define what kind of projects, ideas and companies, what kind of professionals are supported, assisted and praised.

Being raised in socialism I was more about doing and less about selling, so when I started my own company that didn’t make for the best of business model. I gave out services for free, I did no PR whatsoever, I was rarely on Twitter and Linkedin and I decided that everybody employed at the company (one day) will have a part in the profit. I decided to work on celebrating failure. Of course as a new, if not young, entrepreneur I dreamed big about employing people, working in different countries and before the registration of the company was finished I made a decision about launching the company with Fuckup Nights and vowed to myself that if I ever have to do an interview for a new employee in ProPuh I would ask them one and only one question: tell me about your failures. I knocked on the doors of a comedy club Studio smijeha knowing that stand up comedians are one of the few professionals speaking openly about failure and asked them to partner up in bringin Fukcup nights to Zagreb. Of course, later on, I found out that failure is already used as a new and trendy way of celebrating success. After two very successful and a little bit unsuccessful nights I found out that the organising, getting the licence, finding speakers, arranging the venue, speaking, moderating or even filling up the one hundred person venue, is not as hard as getting people to truly speak about their failures. This is what it looked like:

In the end, while preparing the third Fuckup Night Zagreb “Fuckup Love” in February this year, I have tried to come up (failed) with a formula of how to talk about failure without quickly jumping to comedy, avoiding failure by blaming others or immediately showing how the failure was in fact a part of a bigger success (and thus justified). All the time aware that if you need justification for failure or proof how it wasn’t you, or data on how it payed of, then you are not really allowed to fail.

I now know, more than ever, that we need room and time to fail, we need to deal with the increasing guilt that still comes from failing or not doing your job (in times when people are not allowed to be sick or on vacation or parental leave or offline for that matter) we need to be ok with failing even if it does not lead to success. I just don’t quite yet know how.