Do you know that song that goes “We Can Be Heroes Just for One Day”? That David Bowie’s famous song “Heroes”, is a song we all sing to ourselves from time to time – to us and our heroes. So, who is the hero to whom?

As children, we all had our heroes or our role models. It may sound like a cliché, but for me, my hero for the first seven years was my kindergarten teacher. Besides that she was beautiful to me and that she was always bringing positivity into the classroom, she once “saved” me in front of a whole group of my peers who started making fun of me. They mocked me for wearing glasses, and she stepped forward and said that she also wears glasses sometimes and that’s how she became my hero for me. Of course, later my idols and heroes changed according to my age and life circumstances. In my teenage phase, my idols and heroes were famous singers and actresses, but they all had some impact on my life. So, what do these heroes mean to us and how do we choose them?

A story about heroism: “They all had some impact…”

Yes, my life heroes had some impact – in a way they changed my life. They left a mark. However, was my kindergarten teacher a hero, an idol, or an icon? By definition, a hero is someone who knowingly and voluntarily makes a conscious decision to sacrifice something of one’s self for the greater good of others. The actions of a Hero make a positive impact on others so as to change the outcome of a situation that would otherwise be detrimental. We live in a society in which we have various heroes: soldiers, sports heroes, celebrities, doctors, policemen, politicians, leaders, national and personal heroes…Here I will focus on athletes and their role as national heroes. The separation of states by national borders has culturally constructed each state in such a way that each state is represented by (globally) known things, customs, and persons. Some sporting heroes are often considered to have a transformative impact on their sports (and wider), becoming icons of a particular time period or era. Following the current events that marked the global media space, here I will pay attention to the era of Novak Djokovic.

Novak Djokovic is a famous Serbian tennis player – a national hero to Serbs (but also the best tennis player in the world). What last marked him in the public space was his deportation from Australia ahead of the Australian Open. Djokovic has been deported from Australia after losing a last-ditch court bid to stay in the country. Judges rejected a challenge by the unvaccinated tennis player after the government canceled his visa on “health and good order” grounds. Not long after he stepped off the plane in Melbourne and into legal uncertainty, his father, Srdjan, held a press conference, confidently declaring, “Novak is Serbia, Serbia is Novak.” Then headlines started circulating about his good deeds, donations, and humanitarian aid. It is obvious from everything that Novak is a hero for “his” Serbia, and that is how “his” people welcomed him on his return from Australia (fans gathered at the airport waving the national flag and cheering: “You are our champion, Novak! We love you, Nole!”). From the point of view of social science, especially sociology, heroism is a social construction that depends on time and space. So every nation has its heroes who are named at a certain point based on their deeds and actions – actions that (positively) affected the nation. Representation has a key role in the context of heroism, so it is reciprocal in the example of Serbia and Novak – he represents Serbia in the world, he is a “symbol” of the Serbian people, but also a hero for his entire nation – a hero who does good for his nation and state.

What is highlighted here as an important issue is – If he is seen as a national hero, does anyone (or himself) think about his impact on a wider audience? Is his power, and then his responsibility, taken into account? How has his deportation affected corona measures around the world and the reaction of people to the vaccine issue? What is his impact in “Novak’s impact” story and can the negative impact be erased with (his) philanthropy?

The role of philanthropy

Before the Australian government revoked his visa, Djokovic’s official Facebook page listed his most recent donations. The page also argued that as well as being known for his healthy lifestyle and diet, he is a role model for his character and mental endurance, his diligent work, and self-discipline. Novak Djokovic has fought back to reinvigorate his reputation, revealing he has given $1 million to the Australian Open junior tennis program and a spate of multimillion-dollar COVID-19-related donations.

A “philanthropist” is a noun that describes Djokovic according to certain media articles, people’s opinions, and according to his donations and foundations. Today’s current philanthropic model is the most common part of (corporate) social responsibility, by which philanthropy has the power to usher an impact. Over the last century, charitable foundations established by wealthy individuals and families – just like Djokovic – have grown considerably and they mostly help the disadvantaged through charity. Namely, the nature of philanthropic foundations positions them as “natural leaders” of the (Social) Impact Revolution. We need to become aware that we live in a society that creates problems, instead of solving them. Multisectoral cooperation and impact management is an important moments for contemporary society. Therefore, in the case of Djokovic, the question arises about his impact and what is the role of (his) philanthropy. Traditionally, philanthropic foundations have an essential role to play in funding the advance of the impact movement itself. The positive impact is most easily generated on the basis of donations and philanthropic foundations. Of course, there are many benefits of being a high-impact philanthropist, but can this type of reproduction erase the negative impact of an individual/foundation/organization? 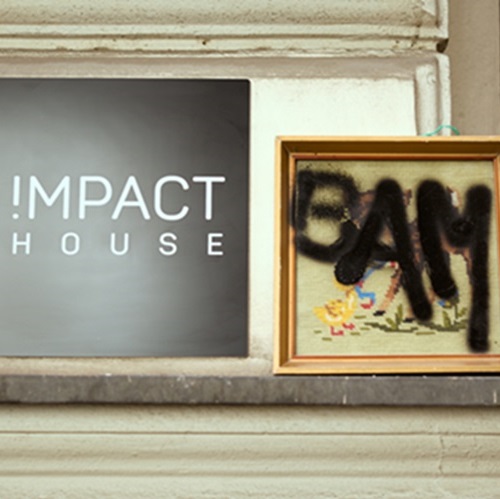