FUTURE THAT WE WANT

(read about the philosophy and methodology of Open Climate here)

As for any team of activists, the most exciting day so far has been reading through the applications that arrived. We had applications from 19 different places in Croatia and a very wide range of ages. But most of all we were excited about the application mini essseys that we took some of the best quotes to share with you on the next page.

We were deeply touched by the brilliance, enthusiasm and values that we read from youth applications as well as by the anxieties and vulnerability we read between the lines. This is why we called in yet another partner – the Psychologist Association of the city of Zagreb and introduced an additional session “How to take care of yourself, while you are taking care of the planet” during which Marina Milković, a psychologist who wrote a beautiful piece on Greta and youth climate activism, will guide the participants through discussions about apocalyptic anxiety of climate change, personal responsibility, support systems and feeling of powerlessness. Because, we feel that caring for ourselves, each other and together for the planet, putting emphasis on solidarity, support and making absolutely sure that the generations that follow us, because of us, have a better chance of creating change and having an easier road ahead (rather than just challenging them and teaching them about scaling) is crucial for the future that we want. 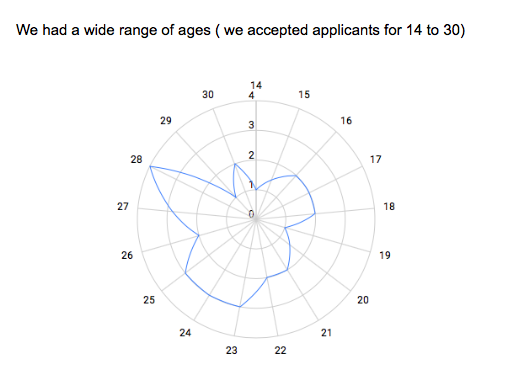 Question 1: “If I were the Minister of the Environment, here are three things I would say at my first press conference”

Some of the inspiring quotes of our young ministers:

“For the end of this conference, I would like to share one thought with you. Let’s have hope. If we wake up every day and think that we will succeed in our goals, chances are that we will. Let’s proceed, with good deeds, to give back to our planet, for all that it has given us over the years. Start with recycling a single plastic straw, and you won’t want to stop.” Applicant, 17 yrs

“Sustainable development is one of the key factors in protecting our environment, as well as the entire living world. Only by striking a balance between economic, social and environmental demands can we meet our needs without compromising the needs of future generations. Finally, I would ask John Stuart Mill’s rhetorical question: “To what end does society strive with its industrial progress? When progress ceases, in what conditions will it leave humanity?” Applicant, 26 yrs

“It is the buyers who dictate production. By choosing the products we buy, each of us can direct production towards a more environmentally friendly one. It is necessary to educate citizens about the importance of individual eco-certificates on products, as well as to raise awareness on climate change, which many do not even believe in. Each product will have its environmental footprint badge.” Applicant, 19 yrs

“The environment is what we are, the environment is part of us and we are all part of the environment. The environment is everything that surrounds us and makes our planet Earth. Now, more than ever, we need to take care of everyone around us as well as ourselves. Bravely and persistently! Protection requires engagement, it requires us to act at all levels and in all ways. Let’s start by taking responsibility for our status quo and continue with a good and viable plan for sustainable living and environmental protection.” Applicant, 25yrs

Question 2: What changes would you seek, in the area of climate on a meeting with the mayor of your city?

This is our pick of the meeting for which we would have loved to be a fly on the mayor’s wall!

“If I had the opportunity to speak with the Mayor of the City of Zagreb, I would first insist that all other important people in the City of Zagreb be present at the meeting, and that everyone should take responsibility for what would be decided at that meeting. I would propose to create an effective and feasible environmental protection plan in Zagreb, and at the heart of that plan would be to abolish the use of single use plastics in the City of Zagreb. The city owned companies would lead the way in the beginning, while others would be encouraged by special vouchers not to use plastic. At the end of the 5 year deadline, an additional eco tax would be introduced for all those who did not adjust and who do business in the City of Zagreb. I think it’s high time for ‘action’ because, according to recent data, Zagreb was named the 23rd most polluted city in the world, which has never happened before. I would ask for funding for systematic education in kindergartens, primary and secondary schools about ways each of us can contribute to environmental conservation, because young people today are not fully aware of the state of the planet and what they as individuals can do. Finally, I would ask that after the meeting we all hold a press conference together and let the public know what has been decided” Applicant, 14 yrs

Question 3: You have been invited to the 2020 United Nations Climate Change Conference in Glasgow. What would you like to be your contribution that makes it to the conference’s conclusions?

We loved the answers!

From systematic change examined: “I would like to discuss globally the industry and how the excessive consumerism and capitalism currently prevailing in the world affects the existence of environmentally unacceptable factories in which both employed people and the nature around them suffer. I would like to consider developing countries which, because of their position, can not care about climate change, so that developed countries of the world can live and sustain consumerism and capitalism.” Applicant, 21 yrs

To very specific plans and “pick your battles” approach: “I generally love chocolate, and I’ve learned some of its black secrets that are closely related to climate change. Specifically, the basis of its economy is almost illegal. Cocoa farming is extremely damaging to the forests in which it is grown. After only twenty years, the soil on which it grows becomes barren and the forests become almost transparent. Pesticides that destroy other vegetation are also full of harmful banned substances that further destroy the area where cocoa grows. I would like to introduce strict controls on whole farming everywhere in the world and I would come and personally supervise the companies from which large companies buy cocoa.” Applicant, 16 yrs

Some ideas around the role of Europe: “The EU, as a moral leader in the world, must, with its financial strength, force other countries to fight climate change. I also consider it necessary to ban all Euro 4 and lower cars, as well as to cancel flights to Paris-Brussels, Paris-London and the like covered by high-speed rail.” Applicant, 18 yrs

Criticism of the way influencers use media and media uses influencers: “Id ask that the media does not write about me, in the manner of a positive advertisement for Croatia, but that it is important what an individual can do with good will and readiness for change. The name of the speaker at the conference does not matter,  nor does the number of views on YouTube about that speech. What is important is that what we do defines us, and not our words. We have listened to enough beautiful words. It’s time for change.” Applicant, 23 yrs